Each promo code has its own set of exclusions. First, check the accompanying exclusions on your promo code to see if there are any prohibiting the discount. As a general rule, Smart Buys, barstools, select dining chairs and sale/clearance items are excluded in promotions. Also confirm the expiration date on the promo code has not expired. Click here for the latest

Q: Can I visit Hauslife Furniture to see the product before purchasing online?

To find out if a store has the item you want, call or visit the Hauslife Furniture near you. Click here for Store Locations. Every store has a unique selection and may or may not have the item on display, please call first.

Q: How can I find out which store carries a specific item?

Q: Do you offer replacement parts?

For most products, we do offer replacement parts. Call Customer Care at 866-436-3393, Monday through Friday, 7 a.m. to 7 p.m. (CT) & Saturday, 7 a.m. to 5:30 p.m. (CT). When inquiring, please have item number and invoice number available so they can better serve you. You can find the item number on your emailed order confirmation or invoice.

Visit your local Hauslife Furnituree to see fabric in more detail. Since every store carries a unique selection, we recommend calling the store to see if they carry the product you would like to see.

Q: How do I touch up my furniture?

Most home improvement stores offer touch-up solutions in marker and “crayon” forms. All are easy to apply, simply match your furniture finish to the touch-up color, and follow the manufacturer’s instructions.

Q: I need assembly instructions for my furniture. Where can I get them?

Using the item number from your email confirmation or from the packing list, key the item number into the search box. Once you are on the product detail page, the assembly instructions are there and you can print as needed. 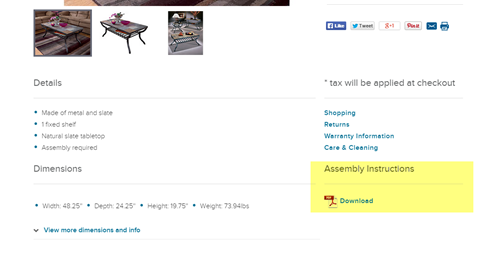 If the item(s) you purchased requires assembly, detailed instructions should have been included in the carton.
Or you may contact us for a copy; please include the following information: your name and your email address or mailing address and the item number(s) you need to assemble.

With more than 6000 items in our product line, we offer one of the largest selections of home furnishings available. In order to maintain high quality products at affordable prices, we choose to produce our furniture in large quantities, realizing cost savings, rather than making custom orders. You may view our online catalog at http://one.intlhomestore.com/ or find the Hauslife Furniture nearest you.

At this time, we are unable to support custom orders. However, some of our most popular items are offered in multiple sizes and colors to make it easy for you to find your style and your look. In our Living Room furniture selection, for example, you will see the same fabric available with different shape of sofas (traditional sofa, sectional or reclining sofa) and also, offered in different sizes but same fabric.

Q: Can I buy an extra table leaf?

Each leaf is cut when the table is made; therefore additional leaves are not available.

Durapella® and Duraplush™ are high-tech fabrics that are a breakthrough in comfort. Durapella® and Duraplush™ consists of 100% MicroDenier polyester suede, which provides the subtle look and elegant feel of suede, yet improved durability and stain-resistance. Everyday spills like coffee, wine and ink are cleaned easily and effectively with a mixture of low PH balance liquid soap and water.

Q: What is the difference between King size and California King size beds?

Q: Where can I find product dimensions?

Every product has an area featuring applicable measurements for how the item will fit in a room, or if it's an accent, how it will fit atop a table, bookcase, etc. Some products have additional dimensions, located under the "Dimensions" section on the product page.

Q: Can I file a warranty claim online?

Q: How do I find my serial number?

A: Serial numbers are between 9 and 15 digits in length and are located in the following locations:

Q: What can I do if I have moved or my Hauslife Furniture is no longer in business?

Chances are there’s a Hauslife Furniture near you. Click here for the store locator. If you need to file a warranty claim with us, click here. Please note: your warranty is no longer valid if you moved from the original place of delivery.

Please contact us and include the full name and email address you want to have removed.

Q: How can I unsubscribe from your email list?

Just click “Unsubscribe” located at the bottom of the email.

Q: Can I buy factory direct?

Not at this time. But good news: many products are available for purchase online. Click the Shop Now section on our home page to begin shopping. Our products may be also be purchased from

Q: What are USD and CAD?

Q: Does Hauslife Furniture employ accounts receivables people who work from home or over the Internet?

No, we do not have accounts receivable employees who work from home or process payments via the Internet. Hauslife Furniture

Are you looking for a great place to build your career? We are always looking for positive, hard-working team members. No application fee is required. Click here for available positions. Or, apply in person at any

Q: Does Hauslife Furniture use mass email or direct mail to solicit employment?

We send emails, postcards and other forms of direct mail to announce employment opportunities within the companies. Applications are accepted in person at any

Q: Have you received a suspicious email about Hauslife Furniture?

Generally, the scam email message informs consumers of a fictitious work-at-home position as an

Q: Who can answer my warranty question?

For In Store Purchases:

If a problem should arise which you feel is covered by our Limited Warranties, contact the

Q: I’m a Tax Exempt Organization or Reseller, how do I make a purchase without paying sales tax?

At this time we are unable to process tax exempt orders through online sales. When you accept the terms and conditions when placing your order online you are accepting the price of the tangible personal property, delivery fees, and estimated sales tax, along with the sales tax terms and conditions. Our products can be purchased tax exempt from many of our